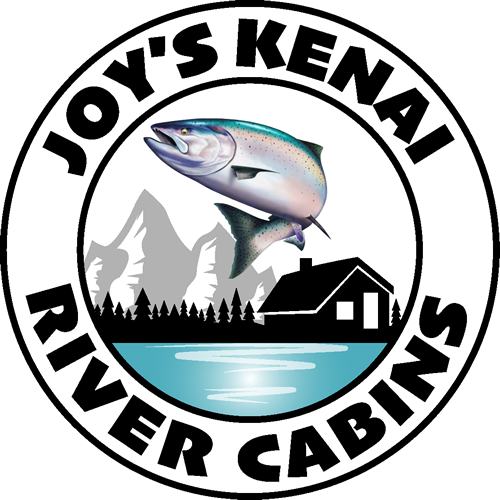 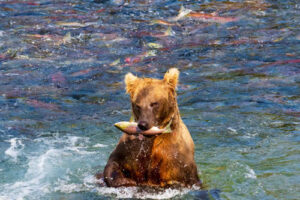 The world record Sockeye Salmon was 16 pounds and was caught on the Kenia River. The Kenai River boasts runs that are over one million fish per year of Sockeye Salmon averaging between 8 and 12 pounds. Sockeye Salmon, sometimes called Red Salmon, are very abundant with 40 to 75,000 per day running the Kenia River. Red Salmon is known as a fun fighting fish. They let you reel them in until they see you, then they run like crazy dragging line, then it’s a slow haul back to repeat the crazy line dragging run.

When to fish the Kenai for Sockeye Salmon

Red Salmon arrives in late May and continues steadily well into August.

How to fish for Red Salmon on the Kenai River

Red Salmon is a strong scrappy fish. Your setup on the end needs enough weight to get your line on the bottom of the river and bounce it off the rocks as the Kenai River has a swift current. Then after the weights, you’ll need about 18 inches of leader with a single barbless hook. Then add a little color. Now you are all set for a great time.
Red Salmon usually run about ten feet from the bank in about three feet of water almost dragging their belly’s on the slick bottom river rocks. You need to drag your setup on the bottom bouncing off the rocks so your hook is tinkering on the bottom of the river. You’ll feel a little tug, set the hook and reel them in slowly. They have a tendency to run as soon as they see you so be ready for a couple of reel-stripping runs.

Joy’s Kenai River Cabins is your destination for Kenai lodging on your next Alaskan adventure. Located on the world-renowned Kenai River, you are only a few steps away from the cabin to the river. This easy-to-access the road retreat location is a perfect place to launch your fishing adventures, get some rest and relaxation, and take in the views of the iconic Kenai River.